Home » Vines: more flexible and better calibrated rules to meet the expectations of the wine sector and the markets in terms of varieties

Vines: more flexible and better calibrated rules to meet the expectations of the wine sector and the markets in terms of varieties 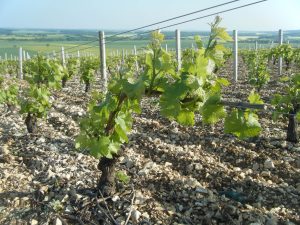 The wine market is characterized by a tremendous diversity, which when combined with the diversity of the agro-climatic conditions of the vineyards, explains the richness of the grape varieties at worldwide level. We find this diversity in the French vineyard which tends to be reinforced in connection with new needs: rehabilitation of native varieties in order to stand out and reinforce a local patrimonial identity (wine tourism), introductions of traditional foreign varieties acclaimed by the international markets or more resistant to the hydric deficit, new varieties resistant to the main diseases to reduce the use of phytosanitary inputs, varieties intended for the development of fruit juices...

However, the use of vine varieties by farmers remains highly regulated at both national and EU level. Two systems organise this field: the Catalogue which defines the varieties that can be multiplied and distributed and the Classification which establishes the list of vat varieties that can be used for the commercial production of wine. These two procedures are of national competency, despite principles and rules defined by EU texts (Common Market Organisation Regulations for classification). They have undergone major changes in recent years in response to the expectations of professionals and also societal issues.

About the Catalogue, the technical registration regulations have been regularly updated since 2008 ; a new version has been published in the Official Journal on the 10th of January 2018. New testing protocols have been introduced in order to be able to evaluate correctly and characterize traditional varieties (according to the available bibliography), varieties intended for fruit juice production (new use introduced into the Vine Catalogue via the first entries in June 2017) and of course varieties resistant to fungal diseases such as powdery mildew and powdery mildew, which are currently boosting varietal innovation in vines. For these resistant varieties, it is advisable, through the evaluation tests, to characterize the effectiveness and durability of the resistances in addition to the agronomic and technological aptitudes of the varieties (avoiding if possible that they "resist to consumers"!). For local traditional varieties which are experiencing a strong revival of interest, their definition has been clarified in the Regulation and the test protocols have been refined and adapted to facilitate their registration, while maintaining the requirement for full and accessible characterisation.

The Classification procedure for vat varieties, which until 2016 was managed within the framework of the Catalogue (this was its A1 list), has undergone major changes since then and is now subject to independent organisation and management, even if interactions with the Catalogue system remain marked. It is the decree of May 9th, 2016 which defines in an operational way the conditions of introduction of a variety in the Classification, the instruction of the files being entrusted to FranceAgriMer which must for each file consult the Vine section of the CTPS and the Specialized Council Vin de FranceAgriMer. The Ministry in charge of agriculture publishes the updates of the Classification prepared by its DGPE Directorate after collecting all the opinions. The Classification comprises two levels: Final Classification for sufficiently well-known varieties which allows their cultivation without restrictions (other than those of the PDO and PGI specifications) and Temporary Classification intended to facilitate the experimentation of promising varieties by allowing their cultivation on a semi-industrial scale (up to a maximum of 20 ha per wine-growing basin and a maximum of 1 ha per partner farmer).

The Classification rules and criteria were adjusted and completed by the decree of March 7th, 2018. In response to professional expectations, this text will make it possible to fluidify the examination of number of applications, in particular for traditional referenced varieties, the definition of which has been taken from the "Vine" Technical Regulations for entry in the Catalogue. The technical evaluation criteria for these varieties have also been revised, based on the new (more flexible and better adapted) protocols validated for inclusion in the Catalogue.